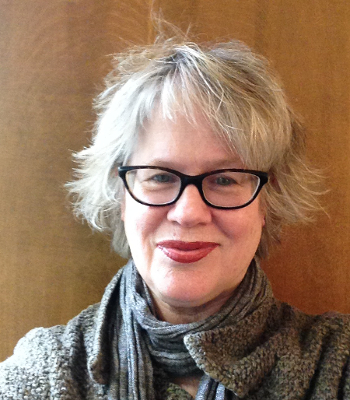 Carol Schoneberg-Robinson is an End of Life Educator and Bereavement Services Manager at Hospice of Southern Maine. She has been in the business of talking with people about death for 23 years. This interview is more uplifting than it is scary. In Schoneberg-Robinson’s words, “I like to tell people that because we talk about death, it doesn’t make it come any sooner.”

This interview is particularly special to me, as I have personal experience with Hospice of Southern Maine. My father, who I have written about a number of times on this blog, died in 2009. With help from my sister, I spent a lot of time with and took care of him, particularly in his final months. Hospice of Southern Maine was part of that experience, and—to be frank—the only positive organization I had experience with at that time. It was difficult for me to find medical professionals who would speak frankly about the fact that the end had come. This was confusing for all of us. Being able to work with an organization that acknowledges this reality, works with a patient and their family to reconcile this and become comfortable with this inevitability—and comfortable generally—was a gift.

Technically, this interview with Carol is part of my “Maine, Thankfully” series, though I am folding the series itself. Instead of formalizing a collection of interviews with people for whom we should be thankful by continuing a series built upon the concept, I am simply going to make more of a habit of interviewing and talking with more folks who match that description throughout the new year.

Would you mind describing what hospice is and what your work at Hospice of Southern Maine looks like?

Hospice is for people at the end stages of their final illness. Essentially, it is a program that goes into people’s homes, although many organizations are lucky enough to have a facility. At Hospice of Southern Maine, we do have the Gosnell Memorial Hospice House in Scarborough. Hospice is for somebody whose physician has said that to the best of his or her knowledge or experience that this patient has a prognosis of 6 months or less. Certainly we discover that sometimes people have much less than that and sometimes they have longer. It’s really a best guess.

It’s for people no longer pursuing aggressive curative treatment, but who really want to have their pain and symptoms really well managed and to be able to use whatever time they have left for what I consider to be the major part of end of life which is healing and relationships. It’s the point where the body is no longer able to be healed, but certainly there is a lot that can be done with unfinished business. People can have beautiful healing in their relationships. Not everybody is able to take advantage of the time for different reasons, but when you’re a hospice worker and you get to witness somebody able to do that, it’s very, very powerful.

I guess I have learned over the years that the person who is dying really is in the driver seat. If they want to share that experience with the people they love, they will change everybody’s lives. As much as many people think it’s a strange thing to say or to hear, we see many beautiful deaths.

What is the experience and work of an “end of life educator”?

I have two parts in my job. One is that I am an end of life educator and the other is that I am a grief counselor. As an end of life educator, I get to go into the community and really talk about the passion I feel for the difference that can be made if we are willing to talk about end of life—if we’re willing to have meaningful conversations before we are at a time of crisis, before we get that terminal diagnosis. About 80% of us will die from a final illness. It’s really about trying to help educate people about hospice and how it works, but more importantly, it is about trying to help people understand that there is so much we can do while we’re healthy to bring in and embrace the fact that dying is a part of life. I like to tell people that because we talk about death, it doesn’t make it come any sooner.

When we see families that have been able to have these conversations long before anybody finds out that they’re dying, when it comes time for one of them to die, they do it very differently. There is less fear involved, they know what is available for them in terms of quality end of life care, and it looks really different. I take education wherever anyone will listen to me and that is often at UNE and USM schools of medicine and social work. I go to houses of worship and hospitals. I did something not too long ago for two high school sociology classes. The earlier we can talk about end of life and grief and how normal these things are, the bigger a difference it can make.

If you’re at a party and someone asks you what you do, how does that typically play out?

[Laughs] You can kind of imagine. The people I would hope will stick around do. They’re not afraid to go there and they’re wonderful. The people that sort of look at their feet and go over to the guacamole, I am glad they leave because they are not yet at a place where they can talk about it. They find it too scary. A lot of people do and I really understand that. When we do educational things in the community, it’s not like throngs of people come to hear it but those that do are very wonderful and bring great questions.

What are some interactions you have had that have reminded you of why you do this job?

I feel so lucky to do the work I do. It brings so much meaning to my life. I have been doing it for 23 years and it really doesn’t feel like it has been a long time. I never wish I had another job. The people who have touched me the most, those I feel the most fortunate to witness, are people who are grieving. I recall a mother that I worked with who was in her early 90s and she had lost all four of her children before her. Certainly no parent ever expects to lose a child and anyone who has children says that’s a club they never want to belong to. I have worked with people who have experienced sudden death, and people who have lost loved ones who have taken their own lives. When you get to see the resiliency that people have, and our capacity to heal as human beings, that is very powerful and there really aren’t words to describe it. Somehow people survive. Somehow they find a way to go on, and even to find meaning and joy in their lives at some point.

Thank you so much. Is there anything you would like to add that you weren’t able to say?

People avoid grief so much. When we avoid our grief, it means we’re only going to live half a life. We aren’t going to have the capacity for the joy I talked about. One of the things I like to say to people is that sad isn’t bad. It is what it is and the more we can deal and work with it, the greater the likelihood that we will be able to heal.